Green Man is a Welsh festival all about opportunities – from supporting emerging artists and offering real-world professional training, to getting people engaged with science and inspiring positive change in our communities.

We like to make good stuff happen, so the Green Man Trust was created to give these opportunities a life of their own, at the Festival and all year round. 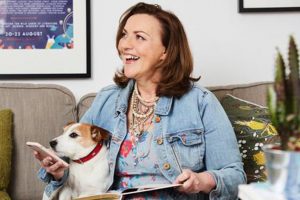 It’s the positive energy created from people connecting happily together at Green Man that has been our motivator to spread the good stuff even further.  The Green Man Trust was created to do just that. I am inspired by the positive opportunities we have created for so many people and very grateful to the many individuals and organisations who have helped to make that happen.

In 2013, Stewart founded the Green Man Trust to support the development of the arts and science engagement, and to create opportunities for disadvantaged people in Welsh communities. Similar projects had been supported by the Green Man Festival for many years but they had grown to a point where they needed their own space to flourish further. Since then many thousands of people have been supported by the trust and the ‘good stuff’ is spreading all the time. Stewart has worked in all areas of the entertainment and music industry for 30 years. She is listed as number 24 in the BBC Woman’s Hour Music Power list. In 2013 she was the first woman to be the recipient of the top festival accolade of ‘Outstanding Contribution to UK Festivals Award,’ previously awarded to John Peel, Peter Gabriel and Michael Eavis. She is the only woman in the UK to have the controlling ownership of a large independent music festival. Stewart is an Executive Board Director of the Concert Promoters Association (CPA) – the leading lobbying body representing UK live music entertainment. 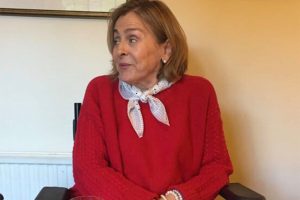 Joanna became a Trustee in May 2018. She lives in London but grew up near Bristol and had many happy childhood outings to Wales. And, with her surname of Owen, she has a strong affinity with Wales. Joanna served as the Chair of the Disability Law Service for 10 years until 2015. She works as a lawyer at the Equality and Human Rights Commission and is passionate about social justice. She is particularly interested in the work the Green Man Trust does to mentor and train young creative people in the arts and the work with vulnerable groups such as Oasis Cardiff and The Salvation Army as these are causes very close to her heart. Joanna is a wheelchair user and endorses Green Man’s outstanding reputation for disability access provision – another reason why she didn’t think twice to get involved in the Green Man Trust. 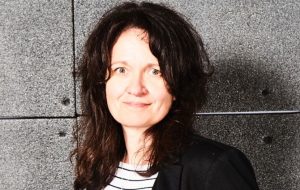 Natasha is the Chief Operating Officer at Bad Wolf Studios Wales and brings a wealth of experience in both music and film on an international scale. In her early career, Natasha founded the Welsh Music Foundation supporting the development of Welsh music, before moving on to create the Welsh Government’s Creative Industries division and has been instrumental in developing the successful Welsh Film Sector. She is passionate about making the creative industries flourish in Wales and making the sector accessible to all, regardless of background, age or ability. 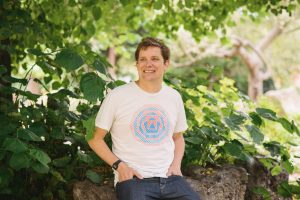 Ian is the Operations Director of Plantpot Ltd and has been putting on events for over 20 years. He is one of the key players in the development of 2 of the UK’s most highly acclaimed and beloved independent festivals – the Big Chill and our own Green Man.  A Trustee of Green Man Trust since the very beginning, Ian brings a wealth of expertise in event management and production on a large-scale which has been instrumental in getting the Trust’s programmes up and running. Bringing audiences and the arts together for most of his life, he is passionate about seeing the next generation of artists grow into the stars of tomorrow and is proud of the legacy our programmes have had on so many artists already. As an advocate and creator of opportunities where young people can train and aspire to a career in the creative industries, Ian has also mentored many of our training programmes over the years alongside his support as a Trustee.

Carmarthen-born actor and songwriter Iwan Rheon became our Ambassador in 2017. Iwan’s role sees him involved in the Green Man Trust’s many and varied projects including arts development, training and Welsh community development. 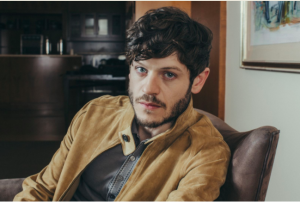 Iwan is known for his performance in the global phenomenon Game of Thrones as well as Misfits, Inhumans, Riviera and his recent West End appearance in Dawn King’s award-winning play, Foxfinder. In 2015, Iwan released his first album, Dinard, following a series of well-received EPs – Tongue Tied, Changing Times, and Bang!

There’s nothing like Green Man in the world. Unusually it uses its success to help people; from developing community and sports projects, showcasing artists, training disadvantaged people, engaging with science to supporting small Welsh businesses. The ethos of creating opportunities runs right through the heart of Green Man.

Green Man Trust Patrons are a very special group of people who are helping us make the good stuff happen, a massive thank you to:

Green Man Trust would like to say a huge thank you to Green Man Festival, to all the wonderful people who have made donations or volunteered their time to bring our projects to life and our amazing funders for believing in our work. Your support makes it all possible:

Get involved and support the trust  DONATE